How to Create a Perfectly-Timed Email Autoresponder

To create a perfectly-timed email autoresponder, look to nature. That’s right — look to nature. Because nature tends to get things right (it’s people that mess things up!).

What is an autoresponder?

How to schedule an autoresponder

Fortunately, the secret to creating a perfectly-timed autoresponder exists in nature. It’s called the Fibonacci sequence, named after Leonardo Fibonacci who introduced the concept to Western mathematics.

The Fibonacci sequence are the integers in the following series:

By definition, the first two numbers in the sequence are 0 and 1, and each number that follows is the sum of the previous two.

As the sequence continues, obviously the length of time between emails increases. Therefore, successful email marketing campaigns include additional offers (or “calls-to-action”) within the body of the email messages which encourage the recipient to respond to a further offer. This response, of course, initiates yet another Fibonacci sequence.

Managing Member at Internet Presence LLC
Andrew (Andy) Lehrfeld is a classically-trained Direct Marketer whose first job after college was with a New York City advertising agency. His experience in Communications, Marketing, Sales, Advertising, Writing, and Public Speaking has helped businesses and organizations worldwide for over 36 years. He is the owner and founder of Internet Presence LLC, a digital agency that builds websites, social media, mobile apps, and other online platforms that help small businesses better engage with their ideal customers and prospects.

We feel very fortunate to have been introduced to Internet Presence. We are a small not for profit organization that needed to transition to a new web host and Internet Presence helped make the transition seamless, working with a non-technical staff at our organization. Their responsiveness and kind attention to our needs is phenomenal and we could not have hoped for a better partner. Technical expertise with heart and great customer service makes them a treasure!

Internet Presence recently redesigned our website and, honestly, we couldn’t be happier with the outcome! From the very beginning, they were able to grasp our ideas and goals and then translate those concepts into reality. No matter how many questions we asked or what we needed, they continued to be available and committed to helping. Our online presence has been elevated, and I feel much more comfortable directing prospective clients to the new site. Internet Presence Marketing continues to offer training and support… we can drive customers directly to our site to view specific items, which is greatly enhancing the customer experience.

In a very competitive market, we have seen the site go from no traffic to amazing traffic with 1st page results & delivering multiple new case inquiries daily.

I had the pleasure of working with Andy on a number of projects. Andy has a deep understanding of the web and IT and is personable and easy to work with. He made every project a positive experience and always exceeded mine and the firm’s expectations. I would recommend him to anyone looking to work with a professional who has in-depth knowledge, is creative and provides excellent customer service.

I was given Andy’s name from a friend. After a short consultation, we hired Andy to help our small business develop an effective web and social media presence. In a few short months, Andy and his team dramatically improved our website traffic and provided the tools and knowledge necessary to maintain strong SEO results. We’re enjoying an increasing market share, due in large part to the hard work of Andy and his team. I recommend his services.

Andy with Internet Presence has been a tremendous help with increasing our Internet marketing. Andy acts as coach, and mentor, and friend — he has taken a sincere interest in our business, and offers up solid ideas that we can easily implement to better market our company.

Internet Presence took our antiquated website and created a vibrant, user-friendly tool for our membership, which consists of lawyers, judges and business owners throughout Westchester County. Our website is a critical component of our strategy to attract and keep members. We can’t thank you enough, Andy!

I have worked with this company for many years, and as my own business grows I have found them to very perceptive and responsive to my needs. They bring a wealth of knowledge and experience to the table. Their method is very unique and brings results. Overall, its been a enjoyable and productive experience working with them.

Andrew has been a true asset to our business. He assisted us in seeing the true value of a strong internet presence. Andrew is truly a leader and innovator in this market and without him, we never would have realized what we were missing.

Internet Presence has been instrumental in bringing our small business to the next level. In a society that has been moving forward with technology, more and more companies have been opening to assist with the installation of all of these great technologies. We found that many of these businesses either have no web presence, or poor web presence. With Andy’s help, our business has steadily grown as our clients are easily able to find us, see some of our work, and help them feel confident they are working with a professional company. We could not have achieved our goals without the excellent vision, service, and advice that Andy has offered us. We cannot recommend Andy and Internet Presence Marketing enough.

From the very first meeting with Andy at Internet Presence, it was clear he was intently focused on gaining a complete understanding of the legal nurse consulting business to best serve us as our website design consultant. His knowledge and experience in navigating the internet and constructing an effective website was obvious. What was equally impressive was how he was able to grasp the true essence of the work we do and how to project our image.

Throughout the entire process, Andy was able to incorporate our overall vision and mission statement in a concise manner for easy navigation. Andy seamlessly incorporated the medical and legal aspects of our business in a web design that reflects unique competencies, professionalism and above all, integrity. He met all our objectives and exceeded our expectations.

Working with Andy at Internet Presence Marketing has been a great experience! We own a local soccer business and our website was very much in need of a re-design as well as needing help with search engine optimization. Andy has far surpassed what we were looking for. He listened to what we wanted and also provided great advice and ideas on how to make our website more user-friendly and appealing to our audience. Within one week we were showing-up on Google, and within two weeks we had our first website inquiry from a new prospect!

Andrew and his team were responsible for the design and implementation of our SEO efforts. Andy with his extensive knowledge in SEO Marketing was able to deliver his commitment to us with a new website design that is driving more traffic to our site and first page search results on top search engines.

I highly recommend Andy as an insightful designer who is able to translate an organization’s philosophy and purpose into a meaningful Web presence. Moreover, he is responsive, easy to work with and is able to provide a range of innovative design options within the framework and requirements that he is presented with. I thoroughly enjoy working with Andy and continue to rely on his skills and judgment as we expand our Web and social media capabilities.

We’ve been working with Internet Presence Marketing for over a year, and the results have been excellent. Previously, we used Facebook, LinkedIn and other techniques, but nine times out of 10 nothing happened. After working with Andy at Internet Presence Marketing, we started receiving numerous phone calls and emails from people who found our website directly through online searches.

Ninety-percent (90%) of my new business comes from the Internet and the work Internet Presence manages for us — almost everyone who calls says they found me on Google or social media. The money I spend with Internet Presence is the best investment I have ever made!

I couldn’t be happier with my decision to work with Andy and the Internet Presence team! Before partnering with Andy, I dug deep into Google results, and couldn’t find my company. That was pretty discouraging, and the primary reason why I decided to reach out for help. After getting our website up, the results were much faster than expected. A couple short months after the website was recast using Andy’s method, the phone started to ring. In fact, my company is now appearing on the first page of Google, amidst some much larger companies, who are actually advertising to be there. The results have been terrific, and I’m very excited about the outcome that Internet Presence produced for our company.

Recently, a reporter for the Washington Post found our company through an online search, and as a result, I was quoted in an article that was featured in the publication. Results don’t happen overnight, because they take work, time and perseverance. But I’ve found that Andy knows exactly what he’s doing, and his team has been able to achieve excellent results for our company.

I had the privilege of working with Andy. He is extremely professional and very talented. Andy has a deep understanding of how to search engine optimize website content, and he taught me a lot. During our time working together, I really appreciated his approach to project-planning, which added tremendous client value. Overall, he’s positive, knowledgeable – and simply wonderful to work with. I would highly recommend Andy!

Andy has a rare combination of solid business expertise and high tier IT ingenuity. He has been instrumental, more than once, in helping our company achieve results that far exceeded our expectations. He is simply a no-brainer decision for us. We utilize his skills whenever a growth strategy or proficiency audit is needed.

Get FREE Internet Presence tips straight to your inbox! 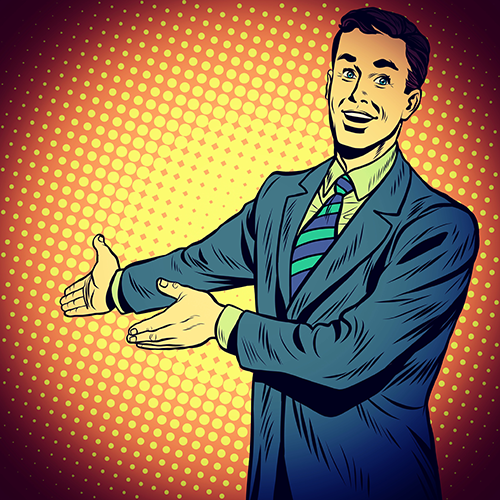